Kinema Robotics offers a sense of security, comfort and time savings through exciting robotics solutions for people and companies in the Baltic States. We want our customers to stay healthy, save nature and enjoy life!

We give people the opportunity for a brighter / easier / safer future. Thanks to customer focus, we become the first choice in the Baltic States as a provider of comfort-creating robotics solutions. 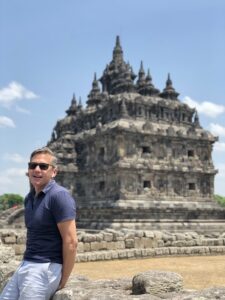 I noticed how robotics has incorporated into Asian societyhow there are robots everywhere: in shopping centres, airports, restaurants and even in public toilets. Robot culture is very common in Japan, Korea and China. That’s where the idea came that we should start introducing Robots to Humans and Humans to Robots in Estonia, Baltic States and Scandinavia.

Robots can be a little scary at first, especially when you watch videos like Boston Robotics (https://youtu.be/fn3KWM1kuAw). In order not to shy away people immediately, the robots need to be introduced gradually. The whole robotic world is moving forward very quickly, and as long as we don't quite understand how robots behave, how they “think” and how they evolve – until then they seem a bit daunting to us.

We in Kinema have thought long and considered working with hundreds of different robot companies from America to China. We have been looking for robots that are suitable, necessary, useful, price-friendly and suitable for the market in Estonia and our surroundings.

Of course, we also took into account the current state of Covid-19 in our choices, which is why we are starting with tetelepresence robot Double 3, which is able to communicate with other people from a distance.

Another product is a disinfecting robot using UV radiation, which destroys 99,999% of bacteria and viruses from different surfaces. We have a lot of thoughts about the near future, but about that in the future.…